I know because I had an abortion. 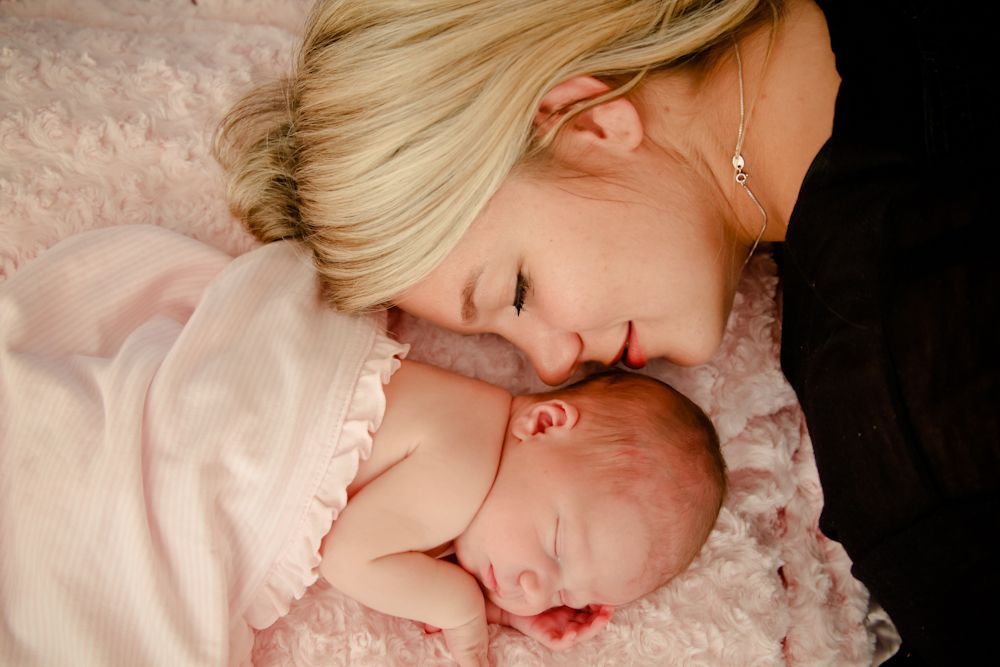 Every morning, the faithfulness of the sun touches our eyelids. Unfortunately, the faithfulness of the alarm clock also reaches our ears. We slowly rise from the pillow, sneak out from under the sheets, and begin the tasks for that day. For most people, there is a passion that gives us the encouragement to live each day. It might be a job, a child, a spouse, a religion.

My passion is being pro-life. It drives and it motivates me. I find joy in being the voice for the unborn every day, even if it’s just in the smallest ways. There was a time in my life when you couldn’t have paid me a million dollars to truthfully and passionately say the statement above. I used to be pro-choice. Pro-choice to my very core and then everything changed…

I had an abortion.

From that moment, my life has never been the same. I instantly realized that I lost something very special to me, my child. I instantly knew that I never wished this pain upon anyone.

I’ll never forget the moment that I realized I was pregnant. I had morning sickness and deep down I knew it wasn’t just a hangover. The positive pregnancy test was just confirmation of my terrifying reality. My college applications were submitted, and I was anxiously awaiting acceptance letters. I worked incredibly hard in community college to get into my dream school, and a positive pregnancy test seemed to rob me of my efforts. The youth director at my church recently gave birth to her first child. When she found out that she was pregnant, she said, “Being a mother is a dream come true. It was everything that I wanted in life, but when I found out that I was pregnant, I’ve never been more scared in my life.” I felt that same fear when I discovered that I was pregnant, but being a single mother wasn’t anything close to my dreams. My fear blinded me from considering other options, but I never knew that this option of getting an abortion would bring so much pain.

The abortion procedure was mildly painful, but emotionally mortal. The voice of the abortionist telling me to relax, the touch of the assistant holding my hand, and the abortion counselor “guiding” me through the process. After the procedure, I went to lunch with the friend that accompanied me then, she took me home. I was lifeless. I remained in the comfort of my bed for the remainder of the day. In that moment, there was no reason to get out of bed. No desire. No motivation. Nothing. I used to get angry when thinking about that day, but, now it’s just a reminder as to why I’m pro-life. If the choice of abortion was truly the best choice for me, then why did everything feel so wrong?

My abortion became my deep dark secret. Carrying the burden certainly wasn’t easy. I felt as though I had a sickness and if I were to say, “I’m sick and I need to be healed,” then I’d quickly be reinforced that I made the right choice. My moral intuition and the emptiness in my heart told me that my decision was wrong.

I continued to suppress the hurt. Rather than seeking a “doctor,” I used vices of this world to sooth the great pain. At that time, I couldn’t label myself as pro-life even though I wanted to. Wouldn’t that just make me a hypocrite? After all, the difference between pro-life and prochoice was like butter and margarine. Was there really that big of a difference? The label didn’t necessarily matter to me, but I knew that I would never support a friend in getting an abortion. I can recall times when friends would joke about abortion. Saying if they ever found themselves pregnant they would have an abortion, and inside I’d say, “I’d never let you do that!” It wasn’t a joking matter for me. How could it be? It was the biggest mistake I have ever made.

I struggled to make the connection from my head to my heart as to why my abortion was wrong. The turning point for me was seeing an ultrasound of my niece. The image was projected on the wall, and I watched her dance in the womb as soft music played. As the ultrasound focused on her heart, the music was replaced with the sound of her healthy heartbeat. My world stopped. The sound of her heartbeat was the loudest thing I’ve ever heard. I cried in sorrow and regret. It was at that moment that I understood that life in the womb is, in fact, life!

I eventually met “a doctor” to heal my pain. I had no desire to meet him. It happened more by accident. I casually heard his name a few times, and quite frankly, I didn’t like him. He seemed bossy, but he does have great birthday celebrations! His name, Jesus Christ. I unexpectedly fell in love with Him at the altar. My abortion made me pro-life, and the love of Christ has healed me.

For so many years, I shamed myself for the mistakes. I viewed myself as unworthy and undeserving, and everything in my life showed that I was constantly settling for less. Although my sin was large, Jesus was still longing for me. He desired me and patiently waited for me so that He could comfort me. He has poured tremendous amounts of grace and mercy into my life. Although the journey has been difficult, I have opened myself up to Him and allowed Him to work within my life, and make me the woman that He has created me to be. A woman made in His image and likeness.

God has been so faithful in this healing process. An underserved gift is the community of women I have met that are also healing from their abortions. I often reflect on the fact that I’ve never heard a mother say, “I wish I had an abortion.” Nut I know countless women that have said, “I regret my abortion.” Unfortunately, I’m not the only woman that has been hurt by abortion.

Throughout this journey, I have heard every justification for my abortion and it’s insulting. “It’s your body, your choice.” No, it was the body of my child. “I would’ve done the same thing if I were in your shoes.” Thanks, you just took the knife and twisted it. “You weren’t ready to be a mother.” Who are you to determine if I’m capable of handling motherhood? “You have reproductive rights.” So did my child. “It’s not a life.” Yes, it is. What I’m getting at is that there is not a justification for abortion. Tim Scheidler, a great friend said, “It’s not the little babies that we need to worry about. They are happy in heaven. It’s the mommas’ that we need to worry about.” When you meet a woman who is hurting from her abortion, do not feed her an ignorant justification. Comfort her, and love her. She is mourning the loss of her child.

In January, I attended March for Life in Washington, D.C. It was a blessing to take part of this courageous, chilling, and powerful event. Considering my past, I never imagined that I’d be in a crowd of 10,000 people praying for an end to abortion. March for Life is more than an annual event in Washington, D.C. It is my life. It’s the reason why I wake up every morning. All for God’s glory, I will continue to march every day of my life to bring truth to the harms of abortion and prevent women from repeating my biggest mistake. I want to be the voice that I didn’t hear, the voice that says, “I know that you’re scared, and I promise that there is a better option.” I will continue to share the truth of life in the womb. By God’s grace, I will be an example to all women and men (yes, men too) who are suffering an abortion that healing is part of God’s plan.

Photo: The woman in the picture is my best friend, my little sister. She found herself in an unplanned pregnancy while completing her junior year of college. Although the timing was not ideal for her, she carried out her pregnancy while earning a 4.0 GPA. She gave birth two weeks ago to a beautiful and healthy baby girl. 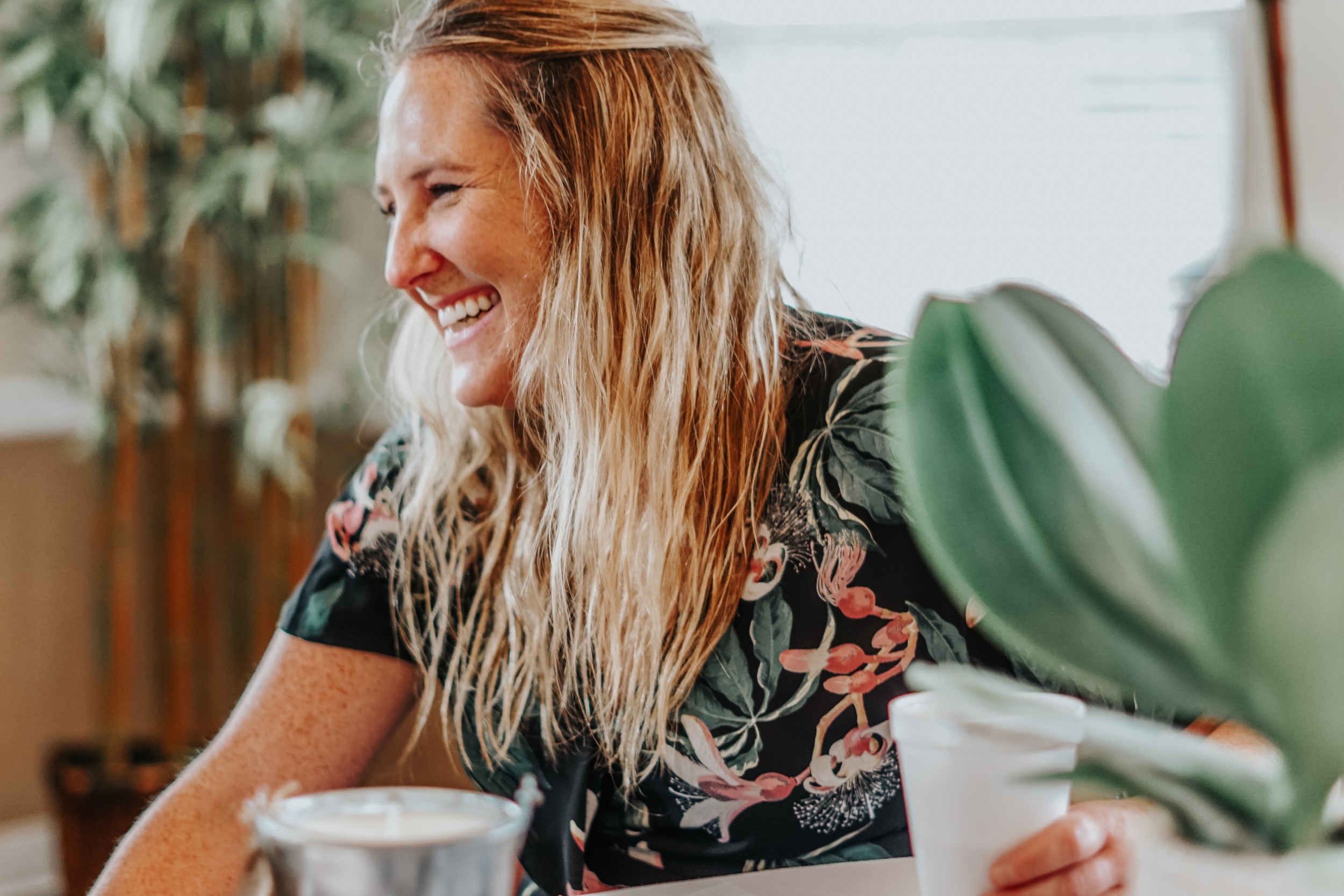