Saint Thérèse once said, ‎”To Call God my Father and to Know myself His Child, that is Heaven to me.”

The love of God the Father is simply mind boggling to me. And sometimes I have wondered if God likes us to wish Him a “Happy Father’s Day.” I like to think He does, so I wanted to post this story to honor God as my Heavenly Father. His love is the greatest blessing in my life and to know Him is the most beautiful gift.

Three years ago I spent the summer in Kolkata, India serving and praying alongside the Missionaries of Charity (the order of Sisters started by Blessed Mother Teresa). It was there, in the slums of Kolkata that I encountered in a personal way the love of our Heavenly Father.

Growing up over the holidays, I always heard my Uncle Paul refer to God as our Father in Heaven whenever he said grace before meals. Every time I heard him speak of God this way I wondered what he meant. I wanted to ask him, but being the timid child that I was I didn’t. So I grew up wondering who this mystery Father was. I thought to myself, When would I encounter Him? When would I feel His love and protection?

I went to daily Mass throughout college, all the while my heart yearned to know this Father. I didn’t know how to talk to Him, so I didn’t. I thought, surely He has more important things to worry about than me.

I have always been inspired by Blessed Mother Teresa, and three summers ago I went on a mission trip to India with FOCUS (Fellowship of Catholic University Students), the organization I use to work for. I was still a student when I traveled to India that summer and there were four FOCUS missionaries who lead the trip. God used those four FOUCS missionaries to play an irreplaceable role in my life.

In India our days began at 5 am and we attended 6 am Mass with the Missionaries of Charity at the Mother House in Kolkata (formally Calcutta). The Mother House is where Mother Teresa lived, died and where many of her Sisters live today. We also had the wonderful opportunity to pray daily at her tomb, which is also located at the Mother House. After daily Mass, we volunteered at various work sites run by the Missionaries of Charity until the evening. I was privileged to serve at Kalighat, which is Mother Teresa’s Home for the Dying and Shishu Bhavan, which is an orphanage for mentally and physically handicapped children. In the evenings, we were able to pray a holy hour with the Sisters in front of the Blessed Sacrament.

Our group was able to attend the Final Profession of Vows of the Missionaries of Charity, which is the final “Yes” after 9 ½ years of discernment. In addition, I had the honor to clean the church for this special occasion, as well as to personally scan hundreds of pictures of Mother Teresa into the Missionaries of Charity’s computer which will be used for her canonization! Our group was able to meet and talk with Sister Nirmala, who is Mother Teresa’s successor. Being in Sister Nirmala’s presence was an experience that I’ll never forget, for I was able to talk with a living saint!

Towards the middle of our mission, we took an overnight train to visit Darjeeling in the hill country of the Himalayas. We had a three hour jeep ride up the Himalayas, which was breathtaking! Darjeeling is where Mother Teresa first received the call from God to start the Missionaries of Charity. Raising at three-thirty am to hike the Himalayas and watch the sun rise was almost magical.

The poverty, destitution, illness, smells, heat, noise, crowds and disease were exceedingly profound. I’ll never forget our first taxi ride from the airport to Kolkata; I saw families living under garbage bags and most just living right on the street. Their children were naked and sleeping in filth not knowing where their next morsel of food was going to come from. I bowed my head right there in the taxi and thanked God for all that I have been given in life, even my suffering. The poor would hang on us begging for food and money; and it was heart wrenching many times because if you gave to one, dozens of people would instantly be at your side and you simply couldn’t give to everyone.

Kalighat was emotionally draining. I would wake up in the middle of the night wondering if a certain patient would make it through the night. We would be washing dishes and clothes with our hands and feet at Kalighat and see dead bodies and amputations being brought in and out on a regular basis. People went to the bathroom, bathed, slaughtered animals and threw their trash right in the street and at times the filth and stench were overwhelming.

One of the most rewarding experiences of my life took place at Kalighat (Mother Teresa’s Home for the Dying).  One woman there, who suffered from brain cancer, particularly captured my heart and showed me the love of our Father in a radical way.

Early one morning one of the nurses called me over to the bedside of this dying woman. She asked me to help her cut the skin covering her deteriorating skull, which then fully exposed her worm invested brain. Looking at this woman’s brain was like studying the brain in one of my biology books. I’ll never forget the look on her face as we proceeded to pull worms out of her brain with a tweezer and the way in which she would squeeze my hand to alleviate the immense pain she was in, as we had no pain medication to give her.

The last day I served at Kalighat was an incredibly hard day, as I didn’t want to leave her. I loved just sitting with her and holding her hand. She never smiled at me or made eye contact, which I attributed to the excruciating amount of pain she was in.

During my last hour at Kalighat, I got some cream and lathered her whole body at least five times as she slept; her skin was so dry that the cream would immediately dry up. Before I left, I wanted her to know that someone loved her a great deal; I wanted her to feel the love she had given to me.

Ten minutes before I left Kalighat for the summer, I placed both my hands on her head and prayed over her as she slept. My last prayer for her was that if God willed it, He would take away her pain for as long as He desired and give it to me so she could die in peace. And that if this pleased Him, she would make eye contact with me and smile.

Nothing happened and she continued to sleep as I traced the sign of the cross on her forehead. As I walked away, I turned to take one more glance at her, she had opened her eyes at this point and I ran back to her side. She reached for my hand and tenderly squeezed it, and for the first time it wasn’t a squeeze of pain. One tear fell from her right eye as she looked directly at me and smiled! I had tears in my eyes and got the chills in the 115 degree heat. It was Jesus right there!

This woman will forever have a special place inside my heart and the world’s most renowned writer could never compose words deep enough to adequately describe this experience with God.

For the last three days of our mission, we traveled to Goa to visit and pray at the tomb of Saint Francis Xavier, the patron saint of missionaries. When we arrived in Goa, we all got excited because it was more Western and had showers and toilets. The simple things in life that we always took for granted started to excite us all!

It has been three years since that summer, and my life has never been the same since. For it was in India that one of the FOCUS missionaries talked to me about God as our Father. He used adjectives to describe God that I had never heard before in relation to God, such as gentle, patient, compassionate and merciful. I had no conception of this love and always thought that God was “out to get me” so to speak.

It was through prayer that I slowly began to delve into the depths of this love. The holy hours we prayed in front of the Blessed Sacrament were radical. It was there, at Jesus’ feet that I began to talk to God as my Father. I was still in His presence, asked Him questions, told him my deepest fears, my happiest moments, begged Him to show me the beauty He sees in me as His daughter and my worth as His child.

And He did and continues to three years later. Blessed be His name forever! 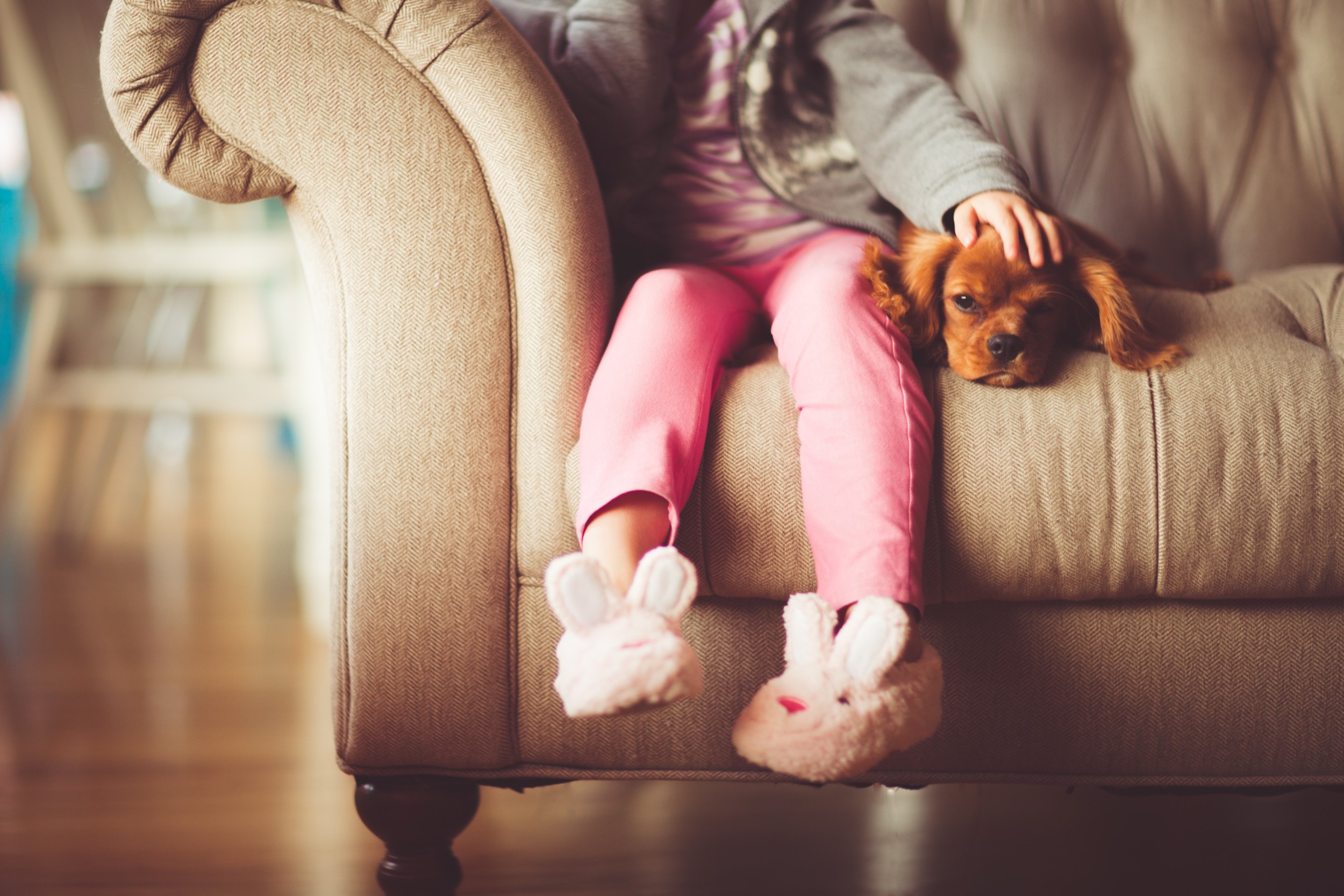 To the Girl Without a father